This article is about looking at a specific C# feature and see how the functionality has been changed as each new C# version is released.

It’s nice to look at “What’s New” articles but sometimes I find myself unable to remember at which version a specific feature can be used.

A delegate is a type that represents references to methods with a particular parameter list and return type. In C++ land they refer to them as function pointers. Let’s see how they have evolved into anonymous delegates and then rebranded as Lambdas.

For the basis of comparison I am going to use an Add method that takes two numeric values and returns the sum. The example below is not using a delegate. 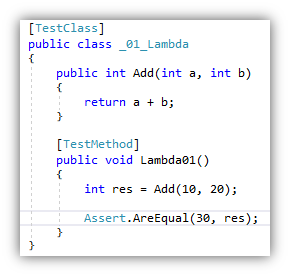 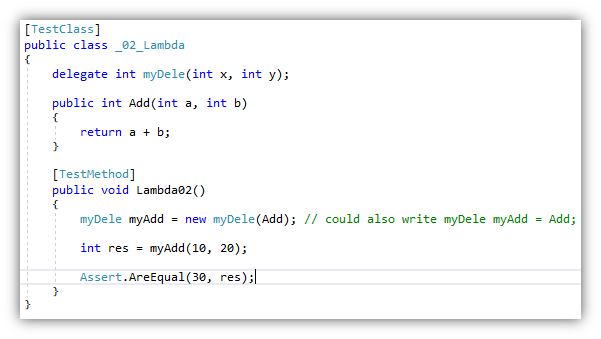 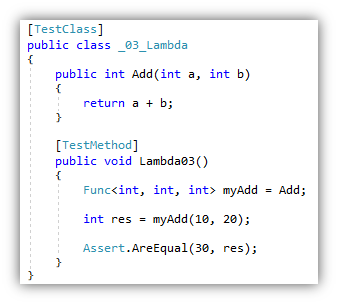 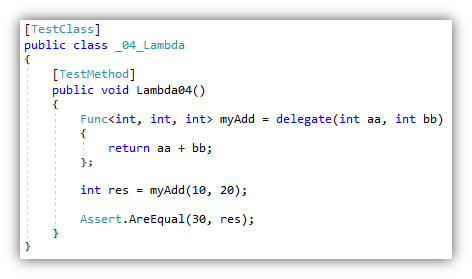 C# 3.0 introduced the Lambda Expression syntax. This is not a new feature because under the covers they are still Anonymous Methods that map to delegates. It is syntactic sugar for us and the compiler will still generate the same MSIL code.

A lambda expression takes the format => 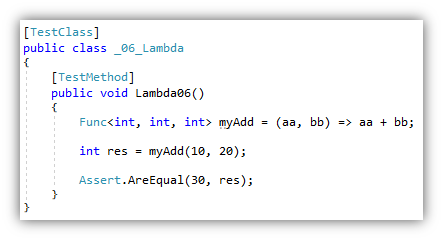 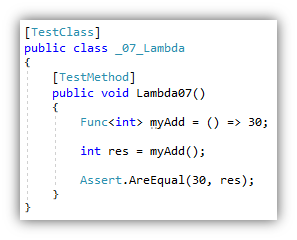 For string types they have a int CompareTo(Object obj) method that returns the same INT values as the Sort method needs. 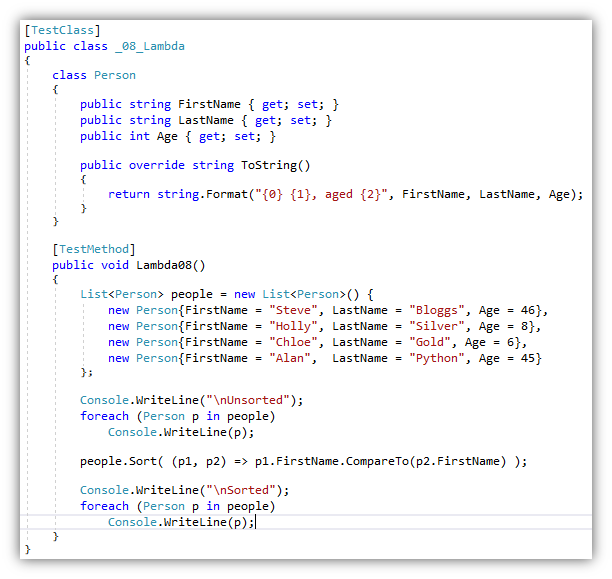 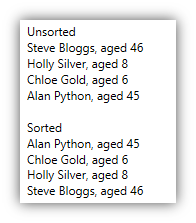 In the demo code here there are other real world examples.